I give a truck tour of our 2016 Freightliner Cascadia with an AA custom Sleeper that we just got back in July of 2018.

Posted by Jim Barnes at 2:30 AM No comments:


The Driver’s Studio package is a set of premium options that help create a luxurious home-away-from-home living experience for the driver while out on the road for extended periods of time.
Posted by Jim Barnes at 4:03 AM No comments:

The #1 and #2 Causes of Truck Breakdowns

Need a Lift? Big or Small - A&T Road Service Gets You There!

Ever wonder how a Big Truck Breakdown gets to the Garage? 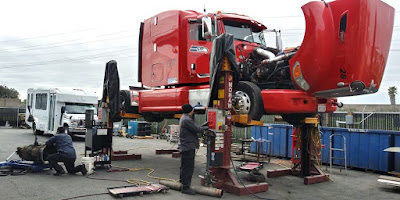 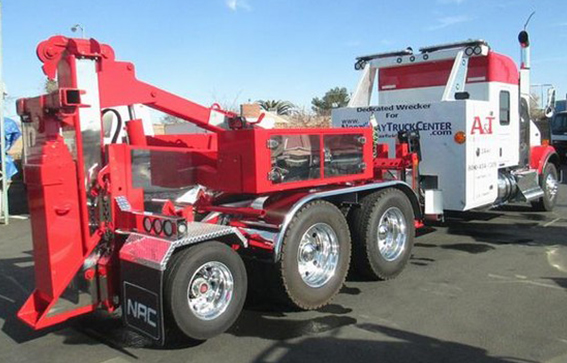 Learn more at: https://www.truckmobilerepair.com/
Posted by Jim Barnes at 3:00 AM No comments: 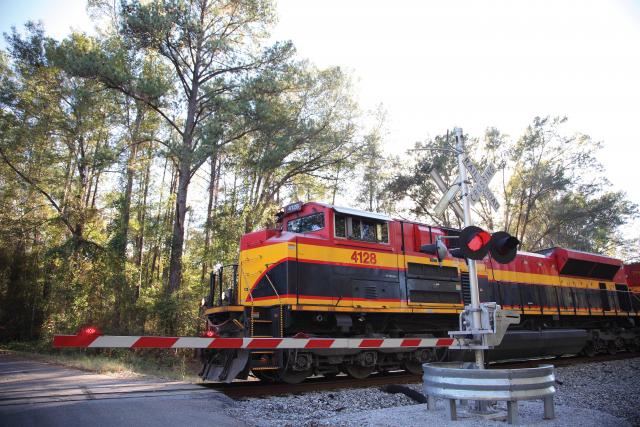 Source: https://oli.org/safety-near-trains/driving-safely-near-tracks
Posted by Jim Barnes at 11:21 AM No comments:

How to use Ford’s new Pro Trailer Backup Assist

Pro Trailer Backup Assist is new to Ford 2020 Super Duty trucks. We turned to Ford’s trailer technology supervisor Don Mattern who showed us how to backup a trailer using a dash-mounted knob in conjunction with the truck’s trailer reverse guidance system.

Check out our website for more https://www.hardworkingtrucks.com
Posted by Jim Barnes at 7:32 AM No comments:

Thank you to all who participated in our August 4-5 survey on problems schools are currently facing. I wanted to provide some feedback for everyone and offer a snapshot of where state driver’s license agencies stand in terms of service offerings.
For reference, at the onset of the COVID-19 pandemic, CVTA members saw the state driver’s license agencies (SDLAs) close like dominos. At its peak, there were 27 SDLAs completely shutdown. Moreover, all states, even those that remained “open” were operating at limited capacity. As our nation began understanding more about the virus, treating those infected, and preventing the spread, we began to see SDLAs reopen, albeit on a limited basis. As more SDLAs came back on line, CVTA understood that our problems were far from over and that state DMVs would struggle to clear their backlog.
We are nearly six months into the pandemic, and though many Americans continue to face economic uncertainty, trucking is a bright spot. Freight volumes continue to increase and trucking as an industry remains an economic beacon. Trucking is often seen as a leading economic indicator of our nation’s economy. If so, this is good news for America.
Back in March, the driver shortage temporarily vanished as freight volumes plummeted. Simply put, with less freight, fewer commercial drivers were needed in the short term. It will return, however, and when it does, we will need more drivers than before. The inability for SDLAs to license new students and trainees, could severely impact the supply of drivers.

CVTA conducted a CDL school survey from August 4-5th to determine whether commercial driver training schools were still experiencing problems with securing CLP knowledge tests, CDL skills tests, or issuance the physical resulting from reduced state driver’s license agency service offerings due to COVID-19. The survey found over 1/3 of state driver’s license agencies (SDLAs) faced moderate to significant delays in conducting CLP knowledge tests, CDL skills tests, or issuance of the physical CDL. Delays in obtaining CLP appointments ranged from 2 weeks to 90 days in at least 15 states, with most averaging between 30 to 60-day delays. Other states delays have similar extensive wait times, but these delays are more regional or even local in scope.
Based on the survey response, CVTA believes the significant delays center around those states using online appointment systems (as opposed to a walk-in policy), those states who prohibit schools from third party skills testing, or those states that use third party testing but have not adopted the FMCSA’s CLP waiver, which allows third-party testers to administer the CLP knowledge test.
Another challenge is the delay between a student passing their skills test and obtaining their physical CDL, which requires the student to again make an appointment through the online appointment system.
Earlier this year CVTA estimated that because of the COVID-19 pandemic, the United States would produce 60% of the drivers it has in previous years. Given the continued delays in CDL licensing, we are reviewing our estimate of that goal to determine if this needs to be revised downward.
Source: https://cvta.org/clp-cdl-testing-delays-continue/

Posted by Jim Barnes at 5:00 AM No comments:

Regulatory Compliance and Enforcement
The Administration operates a program to improve safety performance and remove high-risk carriers from the Nation's highways.

Research and Technology
The Administration coordinates research and development to improve the safety of motor carrier operations and commercial motor vehicles and drivers.

Other Activities
The Administration supports the development of unified motor carrier safety requirements and procedures throughout North America. It participates in international technical organizations and committees to help share the best practices in motor carrier safety throughout North America and the rest of the world. It enforces regulations ensuring safe highway transportation of hazardous materials and has established a task force to identify and investigate those carriers of household goods which have exhibited a substantial pattern of consumer abuse.
Updated: Monday, March 31, 2014

Learn more at: https://www.fmcsa.dot.gov
Posted by Jim Barnes at 2:48 AM No comments:

IN THE DRIVER’S SEAT: TOP 10: WHAT YOU NEED TO KNOW

So, you want to be a truck driver? Have you thought about what it takes to be a truck driver, but most importantly, a professional one who is in it for the long haul?
I know a few things about preparing for and having a successful career in the trucking industry. I’m not just a school owner, I am a driver. I have had my Class A CDL for over 40 years and during that time, I’ve been an owner-operator, pulled a refrigerated trailer, done local delivery, and worked as a dispatcher for a fleet of over 20 trucks. While I’m no longer a full-time driver, I occasionally get behind the wheel of my 73’ rig and drive across the country. These occasional road trips allow me to understand the demands of today’s truck drivers, and in turn, pass along that valuable information to my students who will be the future drivers of tomorrow.
After logging many miles on the road, here are a few things to think about when making your decision to be a truck driver or instructing your students.
Top 10: What You Need to Know
This guest post originally appeared in CVTA’s Get-in-Gear Summer/Fall 2017 edition.
Bill Collins is the Owner of Interstate Truck Driving School.
Source: https://cvta.org/in-the-drivers-seat/
Posted by Jim Barnes at 6:58 AM No comments: