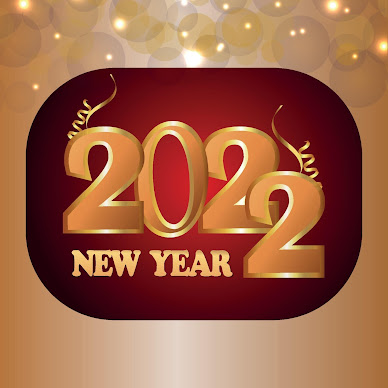 Posted by Jim Barnes at 8:30 PM No comments:

10 Things Everyone Should Know About Tires

You probably know tires are made of rubber — but how much more do you know? Here’s a run-through of some important tire-related terminology:

This technical-sounding term refers to the relationship between the width of a tire and the height of the tire’s sidewall. High-performance “low profile” tires have “low aspect ratios” — meaning their sidewalls are short relative to their width. This provides extra stiffness and thus better high-speed handling and grip — but also tends to result in a firmer (and sometimes, harsh) ride. “Taller” tires tend to provide a smoother ride and better traction in snow.

As your tires rotate, only a portion of the total tread is actually in contact with the ground at any given moment.  This is known as the contact patch.  Think of it as your tire’s “footprint.” Sport/performance-type tires are characterized by their wider footprint — more tread is in contact with the ground — which provides extra grip, especially during hard acceleration on dry pavement and during high-speed cornering.

These are narrow bands built into the tread during manufacturing that begin to show when only 1/16 of the tire’s tread remains. Also called wear bars, treadwear indicators are there to provide an obvious visual warning that it’s time to shop for new tires.

An alpha-numeric symbol you’ll find on your tire’s sidewall that tells you the maximum sustained speed the tire is capable of safely handling. An H-rated tire, for example, is built to be safe for continuous operation at speeds up to 130 mph. Most current model year family-type cars have S (112 mph) or T (118 mph) speed ratings. High performance cars often have tires with a V (149 mph) or  ZR (in excess of 149 mph) speed rating. A few ultra-performance cars have W (168 mph) and even Y (186 mph) speed-rated tires.

This refers to the maximum load that can be carried in a given vehicle with a given type of tires — and the maximum air pressure needed to support that load. In your vehicle’s owner’s manual, you should be able to find the recommended cold inflation load limit. It’s important not to exceed the load limit (or over or under-inflate the tires) as this can lead to stability/handling problems and even tire failure. Always check tire pressure “cold.” Driving creates friction which creates heat; as the tires warm up, the air inside expands, increasing the pressure. Measuring air pressure after driving can give a false reading; you may actually be driving around on under-inflated tires.

This number corresponds to the load carrying capacity of the tire. The higher the number, the higher the load it can safely handle. As an example, a tire with a load index of 89 can safely handle 1,279 pounds — while a tire with a load rating of 100 can safely handle as much as 1,764 pounds. It’s important to stick with tires that have at least the same load rating as the tires that came originally with the vehicle — especially if it’s a truck used to haul heavy loads or pull a trailer. It’s ok to go with a tire that has a higher load rating than the original tires; just be careful to avoid tires with a lower load rating than specified for your vehicle, even if they are less expensive. Saving a few bucks on tires is not worth risking an accident caused by tire failure.

Bias-ply tires have their underlying plies laid at alternate angles less than 90 degrees to the centerline of the tread; radials have their plies laid at 90 degrees to the centerline of the tread. That’s the technical difference. The reason radial tires are dominant today is that they help improve fuel efficiency and handling; they also tend to dissipate heat better than bias-ply tires. No modern passenger cars come with bias-ply tires these days and their use is generally not recommended. (Exceptions might include older/antique vehicles that originally came equipped with bias-ply tires. Some RVs also used bias-ply tires, etc.) It is very important never to mix radial and bias-ply tires; dangerously erratic handling may result.

Many modern cars come with so-called “space-saver” tires which are smaller and lighter than a standard or full-size spare tire. They are designed to leave more room in the trunk and be easier for the average person to handle when a roadside tire change becomes necessary. However, they are not designed to be used for extended (or high-speed) driving. Your car will probably not handle (or stop) as well while the Space Saver tire is on – and you should keep your speed under 55 mph and avoid driving on the tire beyond what’s absolutely necessary to find a tire repair shop where you can have your damaged tire repaired or replaced.

Each tire has three separate ratings for Treadwear, Traction and Temperature.

Traction ratings run from AA to A to B and C — with C being the lowest on the scale. The ratings represent the tire’s ability to stop on wet pavement under controlled testing conducted by the government. C-rated tires are marginal and should be avoided. Never buy a tire with a Traction rating that isn’t at least equal to the minimum rating specified by the manufacturer of your vehicle.

Temperature ratings from A to B to C — with C being the minimum allowable for any passenger car tire. The ratings correspond to a given tire’s ability to dissipate heat under load; tires with lower ratings are more prone to heat-induced failure, especially if driven at high speeds (or when overloaded). As with Traction ratings, never buy a tire with a Temperature rating that’s less than specified for your vehicle.

Treadwear ratings differ from Traction and Temperature ratings in that they aren’t a measure of a tire’s built-in safety margin. Instead, these ratings — represented by a three digit number — give you an idea of the expected useful life of the tire according to government testing. A tire with a Treadwear rating of 150, for example, can be expected to last about 1.5 times as long as a tire with a Treadwear rating of 100. These are just guides, however. Your tires may last longer (or not) depending on such factors as how you drive, whether you maintain proper inflation pressure and rotate the tires per recommendations — and so on.

Posted by Jim Barnes at 3:32 AM No comments: 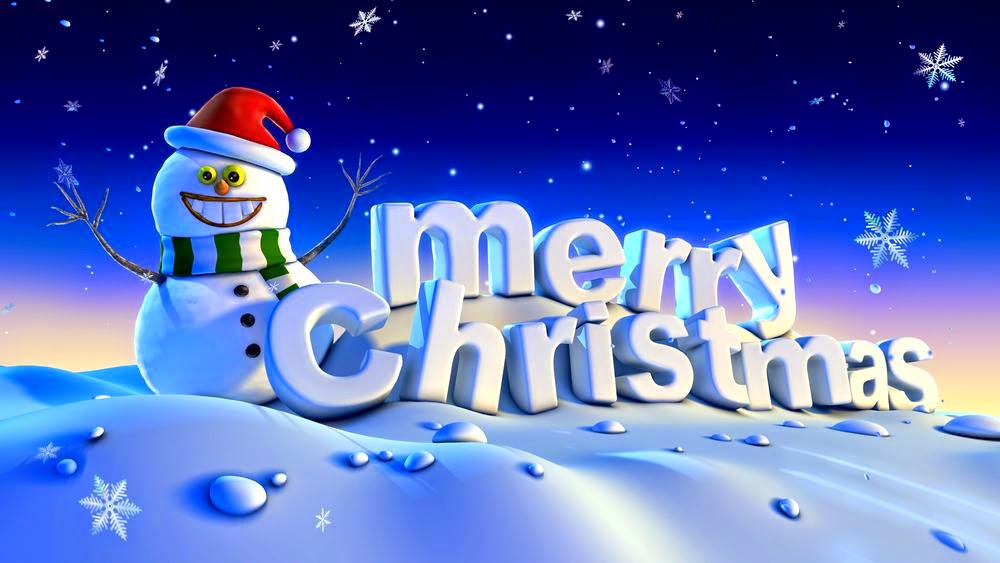 Merry Christmas from A & T Road Service and Towing
Posted by Jim Barnes at 4:10 AM No comments:

Under The Hood - Tire Tread and Pressure


Check the tread and pressure to get the best performance from your tires
Posted by Jim Barnes at 4:16 AM No comments:

The headlight ratings program developed by the Insurance Institute for Highway Safety is reducing dangerous nighttime crashes in the real world, a recent study shows.

Learn about available diesel engine exhaust braking* and how to use it in your Super Duty® truck. *Available on Super Duty 6.7L Power Stroke® V8 Turbo Diesel engine.
Posted by Jim Barnes at 5:17 AM No comments:

Be sure to follow these steps to keep both you and your truck safe! #SharingTheLoad​ #FordTrucks
Posted by Jim Barnes at 4:00 AM No comments:

Posted by Jim Barnes at 3:58 AM No comments:

How Tires Are Made

Ever wondered how tires are made? Well now, you can find out. We develop pioneering technologies and services for sustainable and connected mobility of people and their goods. Founded in Hanover, Germany, in 1871, we are one of the world’s leading automotive supplier we offer safe, efficient, intelligent, and affordable solutions for vehicles, machines, traffic and transportation and have done for over 150 years. Our tires business division has 24 production and development locations worldwide. We are one of the leading tire manufacturers with more than 56,000 highly skilled employees. We rank among the technology leaders in tire production and offer a broad product range for passenger cars, commercial and special-purpose vehicles, as well as two-wheelers. Through continuous investment in research & development, we make a major contribution to safe, cost effective and ecologically efficient mobility. Our portfolio of our tire business division includes services for the tire trade and fleet applications, as well as digital management systems for tires.
Posted by Jim Barnes at 3:54 AM No comments:


A car’s drivetrain is how you get power from the engine to the wheels. Consumer Reports’ expert explains the difference between front-wheel, rear-wheel drive, all-wheel, and four-wheel drive.
Posted by Jim Barnes at 5:02 AM No comments:

It takes the whole company to make a fleet safe 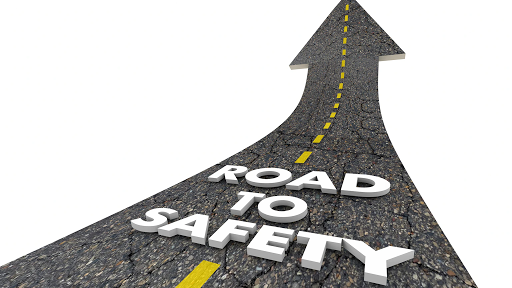 Changing fleet culture to prioritize safety along with adding advanced technologies to commercial vehicles can have the biggest effect on turning a “high risk” fleet into a safe fleet, according to a recent study.

One single fix can improve safety performances of a fleet. But making comprehensive adjustments can take a fleet from “high risk” to safe, according to a recent study by the National Surface Transportation Safety Center for Excellence (NSTSCE), that shows changes throughout a company can reduce crashes and strengthen safety.

Follow this link for the rest of the story: https://www.fleetowner.com/safety/article/21704179/it-takes-the-whole-company-to-make-a-fleet-safe

Posted by Jim Barnes at 4:11 AM No comments: